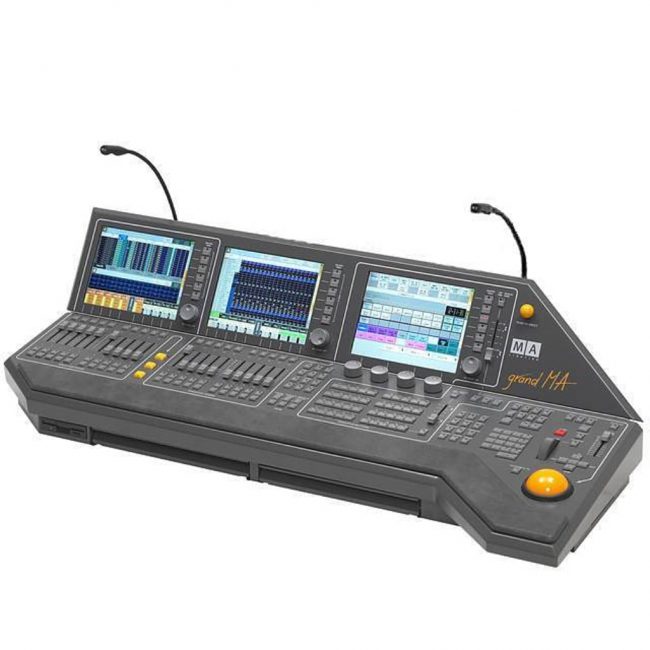 Why Do We Still Use The GrandMa 1

I get this question fairly regularly, why do I still use the GrandMa1 lighting console? This console was originally launched in the spring of 1997, some 23 years ago, and yes, it is older then some of my lighting designers.
Don’t get me wrong I would love to have a new colorful GrandMa3 console. I absolutely love new technology with being more efficient and all of that. However, it all comes down to stewarding our resources well.

To start, Grandma1 was built like a tank, it was way ahead of its time, and honestly it just won’t die. Our consoles have survived coffee spills, stray footballs impacts, power surges, brown outs, and years upon years of daily abuse. I can count on one hand the amount of times I have had this console crash during programming or a service in my tenure here.

Most issues we have had are either network problems (failing switches or cables), or things like encoders failing from long years of use. Which were relatively easy fixes with some quick soldering.

Next if I replaced my consoles with new ones, will it make a difference to the congregation? Will they notice the change and will it make for a better experience for them?
I would argue that even a seasoned lighting designer, without stepping foot into the lighting booth, would not know the difference between us using a Grandma1 one week, and a Grandma3 the next. With that said, if I wanted to make a difference to the congregation, for a relatively small investment (around 20 times less cost than a console replacement) I could add 16 used Mac700s to the lighting rig. This would make a noticeable upgrade to the weekend service while maintaining a good stewardship of what we currently have.

The day will come when I will have a console become unusable, or unreliable, and on that day I will happily replace my Grandma1s and celebrate their long years of service to our church. But until that day I am content to sit behind this behemoth and press the yellow go + button.